16 Oct Cloudy With A Chance Of Hurricanes in New Orleans

Posted at 18:27h in North America, USA by Sabina 2 Comments

Katrina. Irma. Sandy. Those three names only used to induce stress whenever your three crazy aunts visited for Christmas. Now they’re a reminder of nature’s capacity for devastation.

This year has been a stormy one, both literally and metaphorically. From Cuba to Texas thousands of people are still recovering from hurricanes Harvey and Irma. Less than a month ago, Puerto Rico descended into a humanitarian crisis in the wake of hurricane Maria (here’s how you can help).

The number of hurricanes has doubled since 1995, as well as increased in intensity and destructive force. This year’s hurricane season – which won’t end until November 30th – is already the second costliest on record, right after 2005.

I don’t know about you but 2005 remains etched in my brain. Hurricane Katrina was one of the five deadliest hurricanes in the history of the United States, claiming between 1,245 and 1,836 lives. If 591 lives can somehow get lost in the margins you know you’ve got a real catastrophe on your hands. 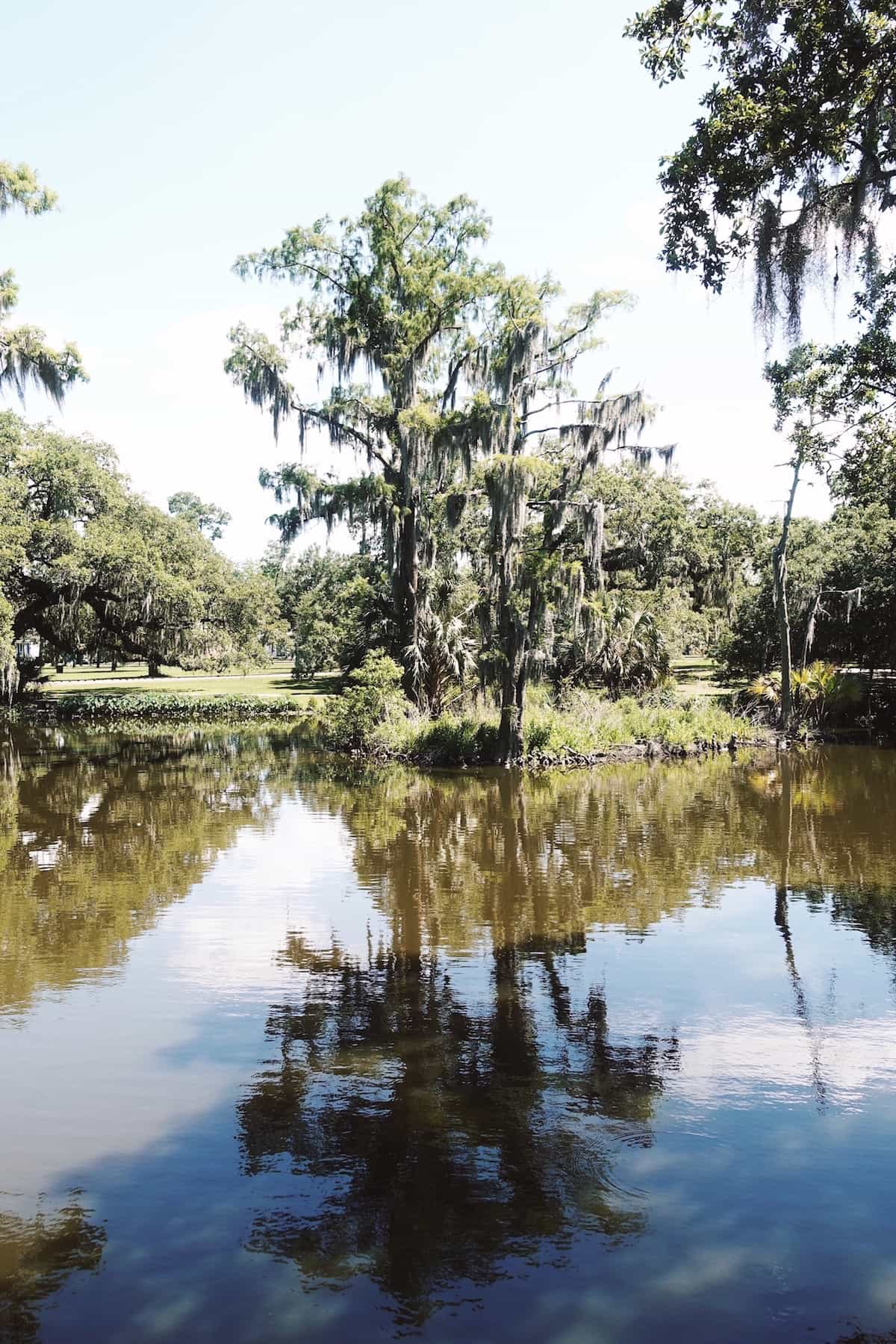 During my trip to New Orleans earlier this year I booked a Hurricane Katrina tour to better understand the disaster. I found a great one through GoBe which promised eyewitness accounts from the guide. And girl, did they deliver! Our tour guide was a feisty old lady who embodied her beloved hometown’s laissez les bons temps rouler attitude.

But despite her undying optimism you could see the pain in her eyes as she recounted the chaos Katrina left behind. More than a decade later you can still see the hurricane’s effects. This is especially true in the Lower Ninth Ward, the most devastated neighbourhood many of whose residents were permanently displaced. Even five years post-Katrina 260 families were still living in FEMA trailers across Louisiana, unable to return home.

Humans weren’t the only ones affected. The storm swept through five million acres of forest across Mississippi, Louisiana and Alabama affecting both the trees and animals. The loss of so much vegetation can actually reverse the carbon dioxide storage process turning it into a carbon source.

In other words, the decaying trees contribute to climate change which contributes to the severity of these tropical cyclones. Luckily we don’t really need the Earth because we have dozens of life-sustaining planets stashed away in a storage facility on- Oh, wait! No we don’t!

But the purpose of this article isn’t to berate the state of the world. That’s what this one and this one were for. Instead I’d like to tell you a little more about my hurricane Katrina tour of New Orleans and what I saw there. 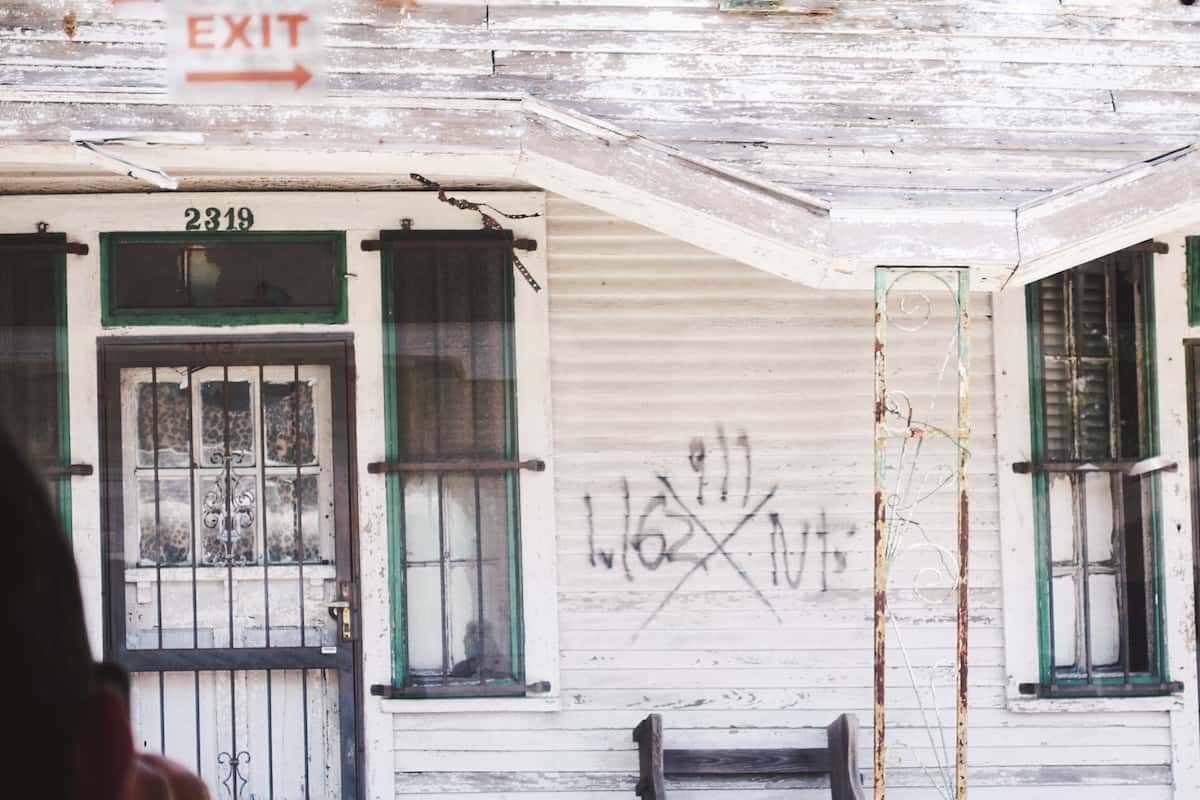 Before we get into it, I should point out that for the majority of the tour we were on the bus. It’s the only way to explore all the important sites in the space of three hours. In any other city I might have found this to be a problem, but I certainly didn’t mind escaping the New Orleanian summer heat.

There are three stops – an outdoor learning site near the levees, the Katrina Memorial and City Park. But you’ll see plenty along the way. One of the most harrowing discoveries we made were hand drawn crosses like the one above. These were used by rescuers to mark houses after they’d been combed through in search of survivors.

Similarly haunting was the Katrina Memorial at the Charity Hospital Cemetery. “This storm led to the greatest natural and man-made disaster in our nation’s history,” reads one of the tombstones, dedicated to those whose bodies were never claimed by their families.

Indeed, the majority of flooding was not caused by the hurricane itself but rather by breeches in the levee system intended to protect New Orleans. To understand why I recommend you read The Broken Promise of the Levees That Failed New Orleans or watch When the Levees Broke, a triple Emmy Award winning documentary by Spike Lee. The sad truth is that, in New Orleans, Katrina was as much about the power of nature as it was about human failure.

But New Orleans is a city of survivors. In the words of one of them, “as 80 percent of New Orleans started filling up with water ordinary citizens turned into superheroes“. If there’s one story Hurricane Katrina left in its wake it’s one of human resilience.

Twelve years since the catastrophe New Orleans has found its rhythm again. Some neighbourhoods, such as the Lower Ninth Ward, remain works in progress. Disadvantaged communities continue to be disproportionately affected. Friends and families are still grieving those they lost in the flood.

But that unwavering laissez les bons temps rouler sparkle burns in everyone’s eyes, much like our guide’s. You can feel it in every sun-baked cobblestone, every spoonful of Cajun spice and every jazzed up saxophonist on Frenchmen Street. New Orleans is letting the good times roll and nothing can stop it.

Have you ever been to New Orleans? Would you be interested in going on a Hurricane Katrina tour of the city, in light of recent events? Let me know in a comment below, I’d love to hear from you!

Disclaimer: I attended this tour free of charge, courtesy of GoBe. As always all opinions and images are my own.